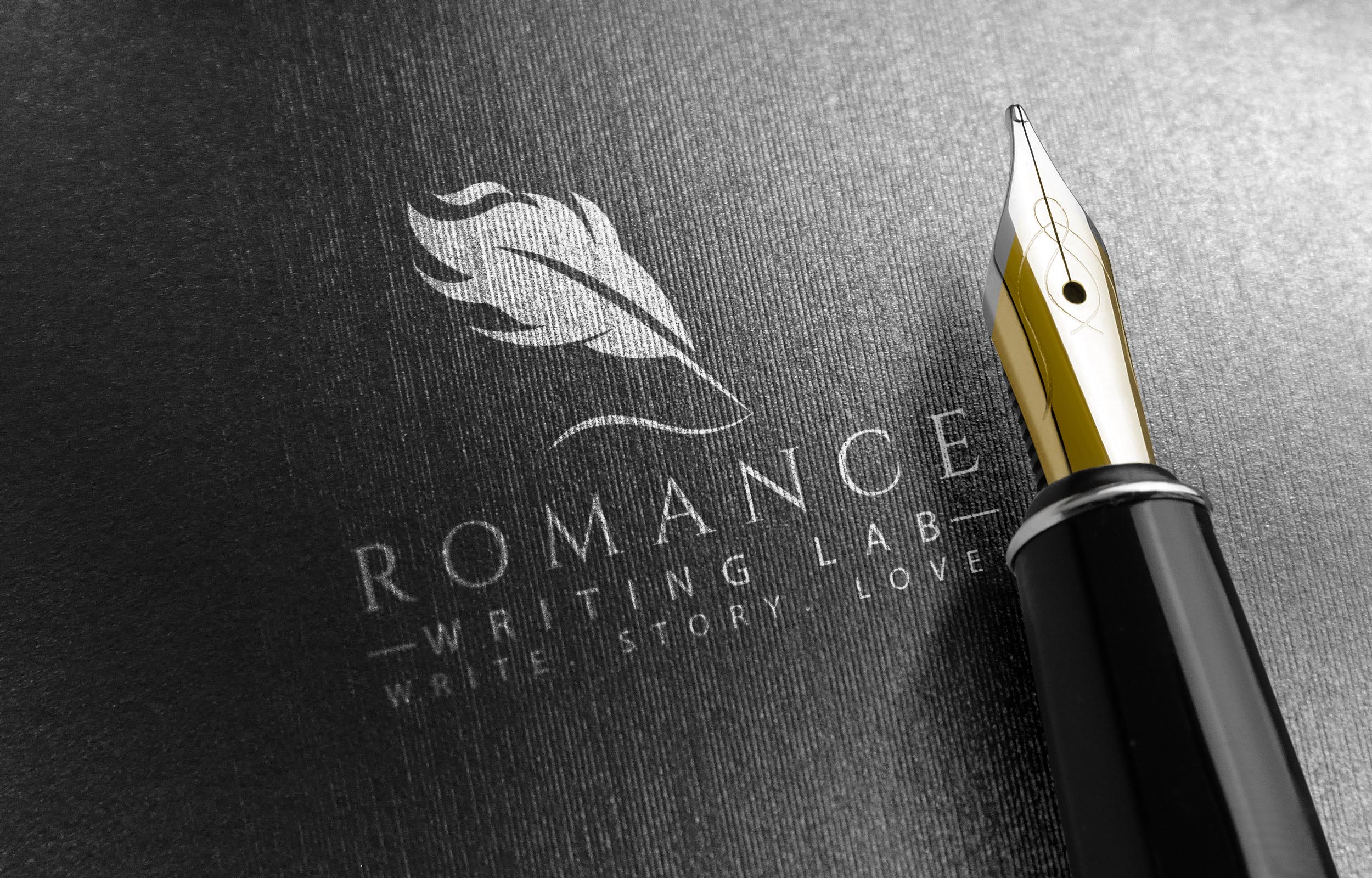 Every good scene implicitly plants a story question, then answers it.

These ‘questions’ fall into one of three realms, or axes, but at its core, the question for the reader is always: “Will they get it?”


First, can we all agree the plural of ‘axis’ should be ‘axises,’ so we don’t have to picture three axes lined up in some vaguely horror-movie kind of way?

Most fiction has two implicit story questions running through any scene, running along two axes/continuums.

Everything that happens in the scene pushes the character nearer to one end or the other of each axis.

If you write romance, you get an extra axis! Yay…?

You can picture it like this, if it helps: 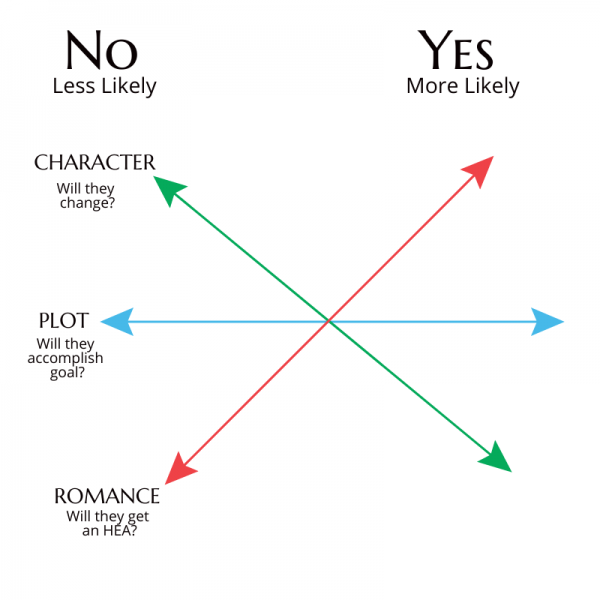 Every scene pushes your character along each of these axes, like a little abacus bead. (Awww…)

Every scene gets them closer to their story goal, or further away.

Every scene forces them to change a little, or makes it more uncomfortable to stay the same.

Every scene makes the romance more or less likely.

In other words, every scene moves them closer to the ‘Yes’ or the ‘No’ on one or more axis.

I’m not kidding.  Every. Single. One.  If a scene doesn’t change the character or the story in some way, there a good chance (I’m predicting 99.999% chance) it shouldn’t be there, or needs to be revised so it does produce change.


In a way, all these axes are really just axes of hope. Will the character get what they hope for? (Which wouldn’t always be a good thing…)

Think about the axes as strings on a harp. You pluck them to make the story vibrate, and as it vibrates, it shakes the beads up or down their line.

Every scene wants some change along one (or more) of these axes. Since they intrinsically interweave, plucking one almost always plucks another. 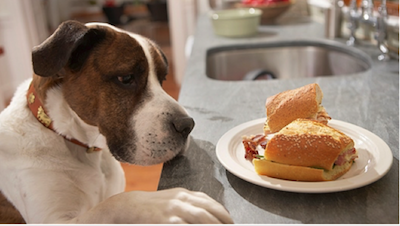 This picture is a Story question. Plot + Character questions are right in front of our eyes. They’re implicit, intrinsic, and visceral.  People understand them immediately, without any thought at all.

Pup wants something…but is he going to get it? (Plot question)

Will he chow down on that sandwich before hooman comes back in the room, or will he be a good boy and resist? (Character arc)

We don’t know the answer! But we want to find out.  (I vote we give him the sandwich.)

This is exactly what keeps the reader glued to the pages of your story. She’s sticking around to find out how you’ll answer those questions. To see where you move your characters on those axes. She wants to find out if the pup gets the burger…and if so, then what??

You have all those power available to you in every scene you write. All you have to do is set up the questions.

Or not. Because maybe it’s not clear on how you set up story questions in every scene.

I promise, you already know how.

Goals are the best and easiest way to set up scene questions. You have your characters’ overall, Big Story goals (Will she save the village?  Will he open the cupcake bakery?) but as we said, you also need scene level goals.

Goals give something for your character to pursue, which not only makes them more dynamic, it implicitly sets up those story question, “Will they get it?”

But sometimes you don’t have a character with a pressing scene level goal.

Maybe it’s an early scene, pre-inciting incident, and you don’t have your character in pursuit of anything yet.

You can almost always manufacture a goal for them, even in an early scene. Doing so will make the scene (& story) stronger. You can often do this by adding conflict that basically gives them a scene-level goal, and forces them to act.

Make them late for a meeting…then stick them in a traffic jam.  That’s the low-level kind of manufactured goal+conflict I’m talking about. It doesn’t need to be world-shifting yet…at least, as far as the character knows.

Another way to engineer a goal (so you can get Questions) is to ramp up the stakes or add a ticking clock to whatever low level action they were already engaged in.

Headed to work and now you’re stuck in a traffic jam? Awesome. Let’s add stakes & a ticking clock: the meeting is a job interview and it starts in fifteen minutes.

But other times, these approaches can feel forced or inorganic.

You can also use expectations to set up Scene Questions.

Expectations are implicit in any goal — the character is either hopeful they’re going to get what they’re pursuing, or possibly despairing— but you can use expectations to fuel ‘scene questions’ when the goal isn’t clearly defined or established in a formal way.

The heroine who’s waiting for a bus to get to work ostensibly has a goal — get to work — but it’s not a driving goal. It’s not something she’s ‘in pursuit’ of yet. But the fact that she’s sitting at the bus stop shows her implicit expectation — that the bus will show up. That she’ll get to work on time. Etc.

So, have your character expect some event or outcome in the scene they’re already in. Some outcome they’re anticipating.

Then you, evil author, mess with that.

(How?  Mwahahaha…  Check out the “Every Scene Needs…An Answer” Pillar Post.)

How about an example of this in action?

I’ll use the opening few scenes from the movie JAWS.

In summary, every powerful scene sets up an implicit story question in one or more of 3 realms:

Take a look at your story.

Is there something specific for your reader to wonder about related to plot, character, and the romance in every single scene?

Does your character have a goal or expectation in every single scene?

Is there at least one story question posed in the scene? One question planted in the reader’s mind: “Will they get/do XYZ?”

If not, how can you get one? Find a way to give them a strongly revealed expectation or goal. Insert conflict that will force them to take action that throws them into the plot. Add stakes or a ticking clock.

And as always, have fun in there!

Build your craft. Have fun.

Get fast, fun writing tips with our Write. Story. Love. newsletter. You'll get concrete, powerful strategies sent on a wildly intermittent basis to surprise and delight you. Use the insights & tools to improve the scene you’re writing TODAY.

All Craft. All The Time.

Romance Writing Lab is all story craft, all the time.

Join our FREE newsletter to get quick, fun, actionable insights & tips on how to power up YOUR story, today.

You’ll also be the first to learn about classes, summits, books, and special deals on coaching opportunities.

And be on the lookout for the breakout Romance Fiction Academy (with live coaching Q&A calls & private discussion group!)